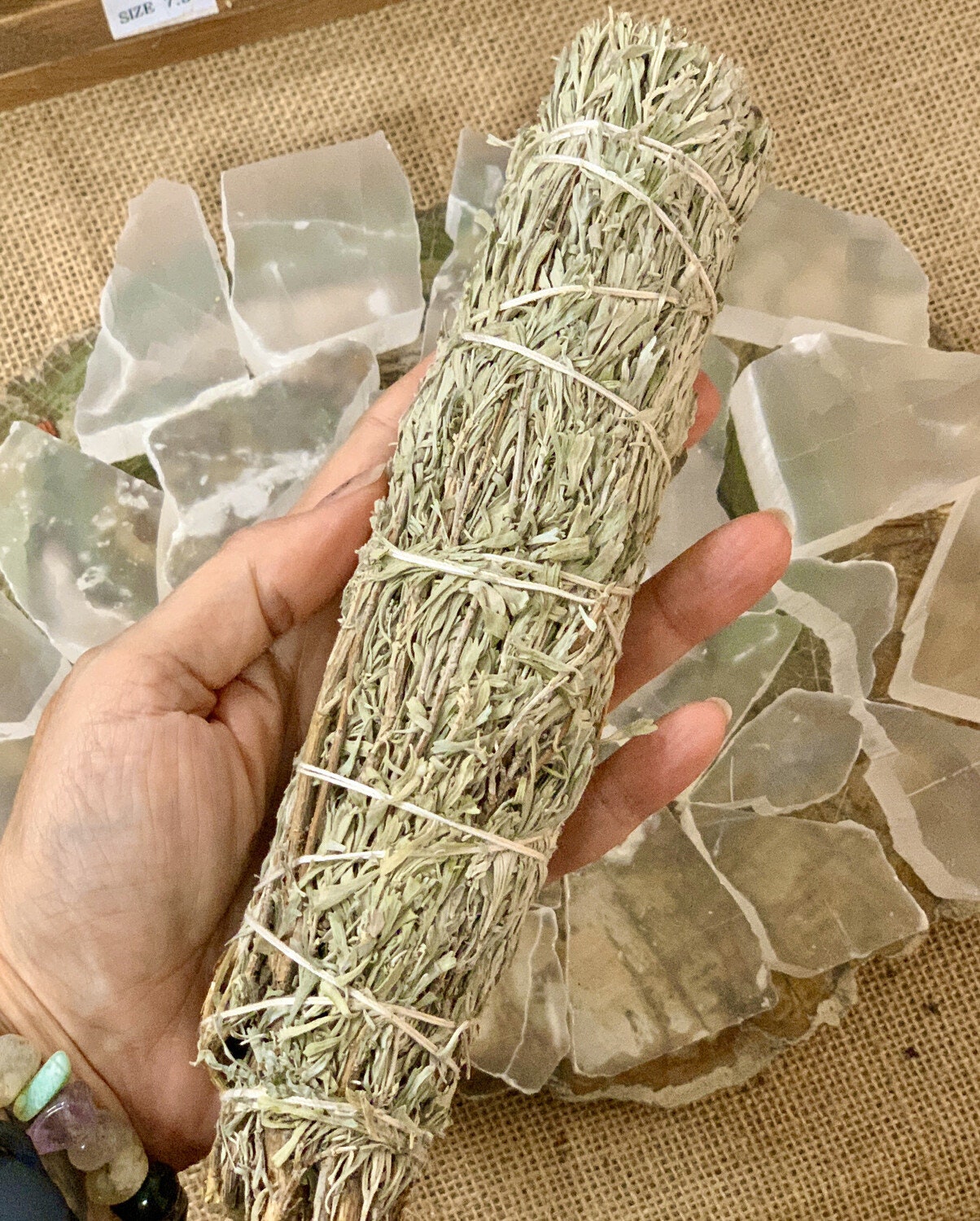 Big Sagebrush (Artemisia tridentata) is one of the most frequently used sages by Native Americans. It is found throughout the West, Northwest, Southwest, and Plains states. It was used medicinally by the Cahuilla, Diegueño, Flathead, Havasupai, Hopi, Navajo, Paiute, Salish, Zuni and others. Treatments varied from burning the plant and inhaling the smoke to making teas, and poultices. The Cahuilla called it wikwat and made a tea from the leaves for stomach disorders. Both the Cahuilla and Paiute collected the seeds as a food source to make a type of flour. Big Sagebrush was also used by some tribes as a building material, fuel source, and a plant to make yellow dye. Ceremonially, it was used by various tribes to become spiritually clean.

Today, the plant is used for smudging in the same manner as other sages. The scent of Big Sagebrush is often associated with the "West" because of its widespread presence in western plateaus and regions. When dried in bundles, it has a somewhat “dusty sage” scent. But in the wild, if you are fortunate enough to experience a warm summer afternoon thunderstorm, the air can be filled with the unmistakable aroma of Big Sagebrush!

There are many names for this sage: Gray Sage, Blue Sage, Shasta Sage, Desert Sage, and undoubtedly many other names.
Shipping Costs Policies