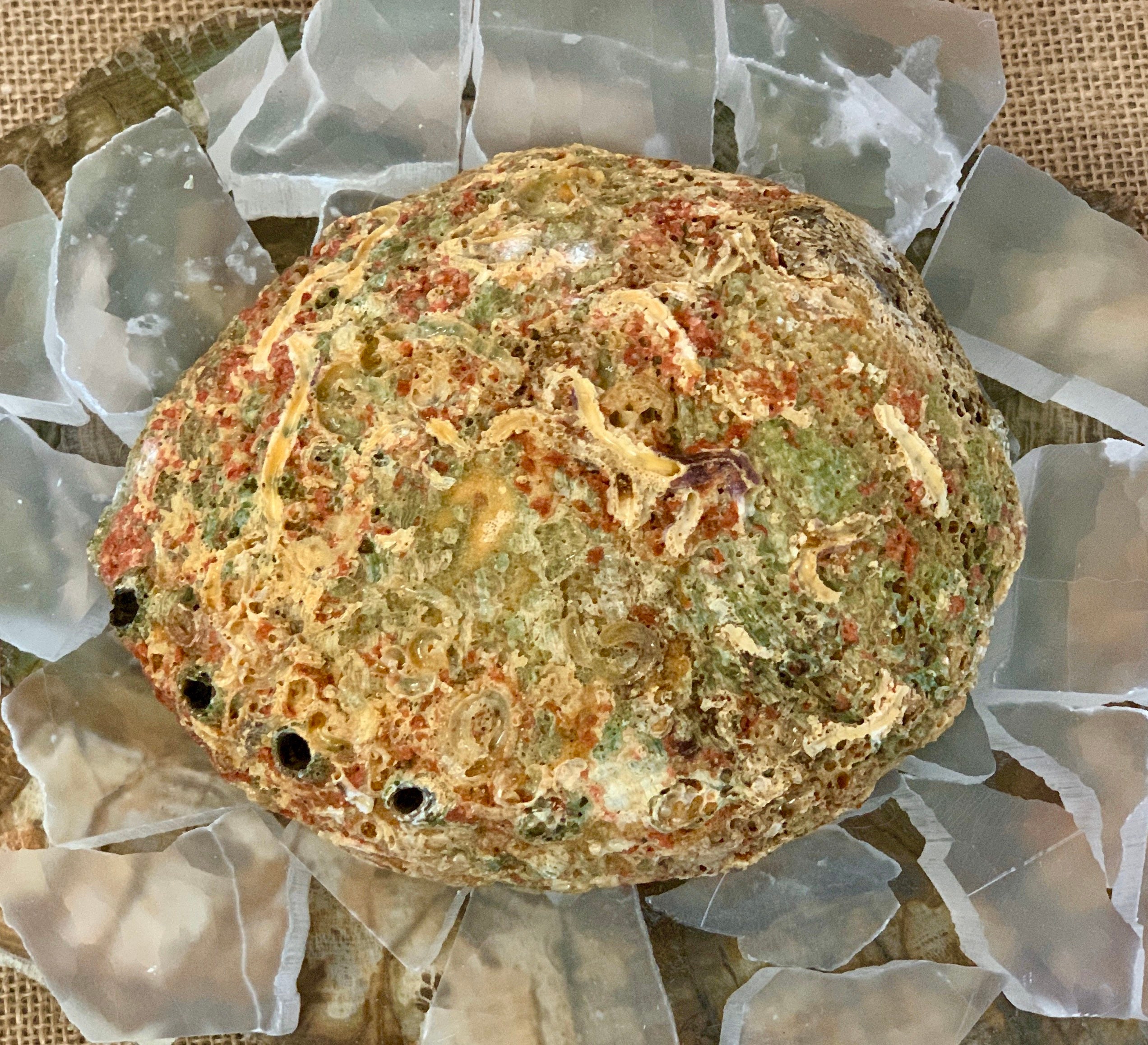 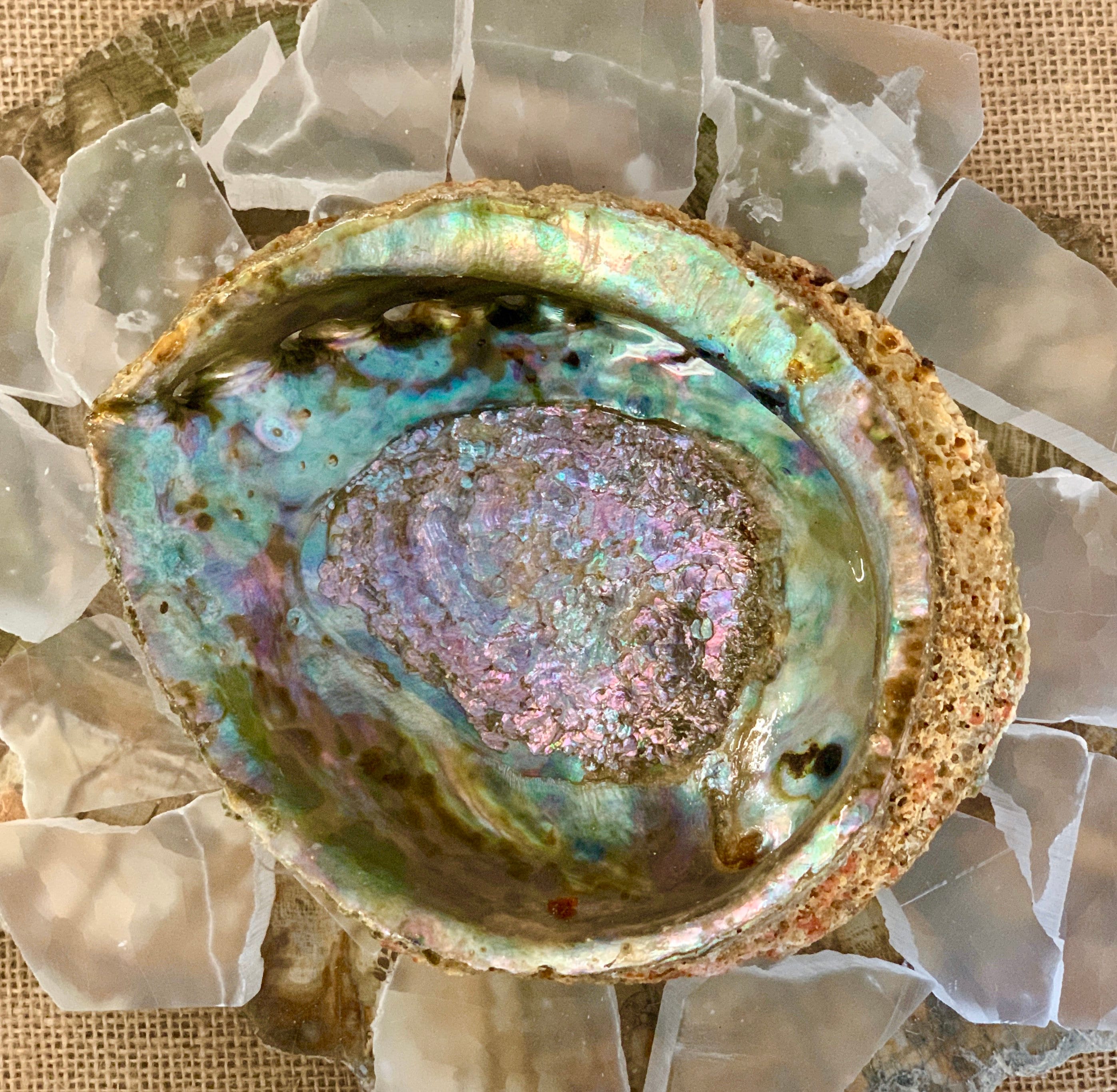 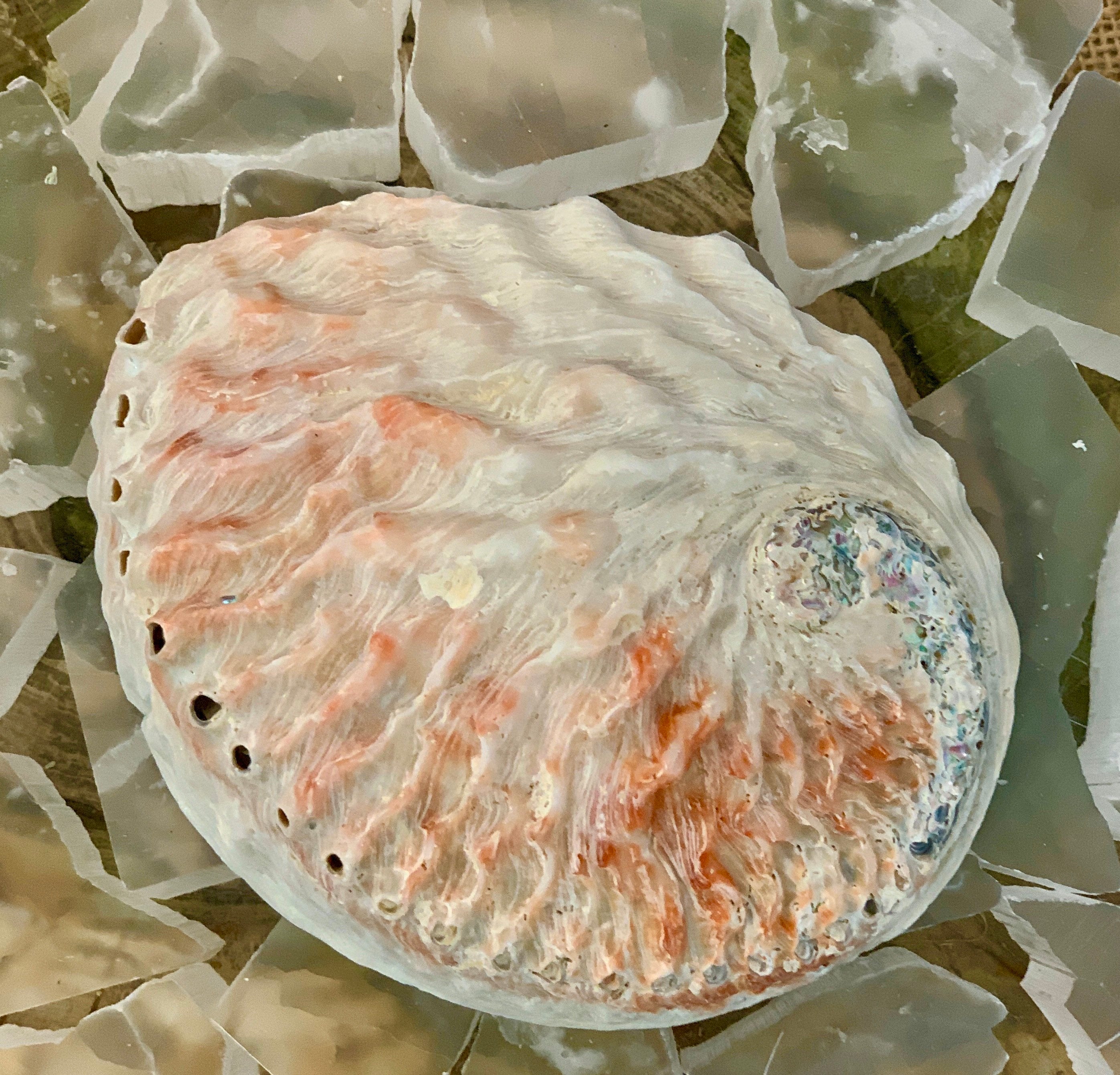 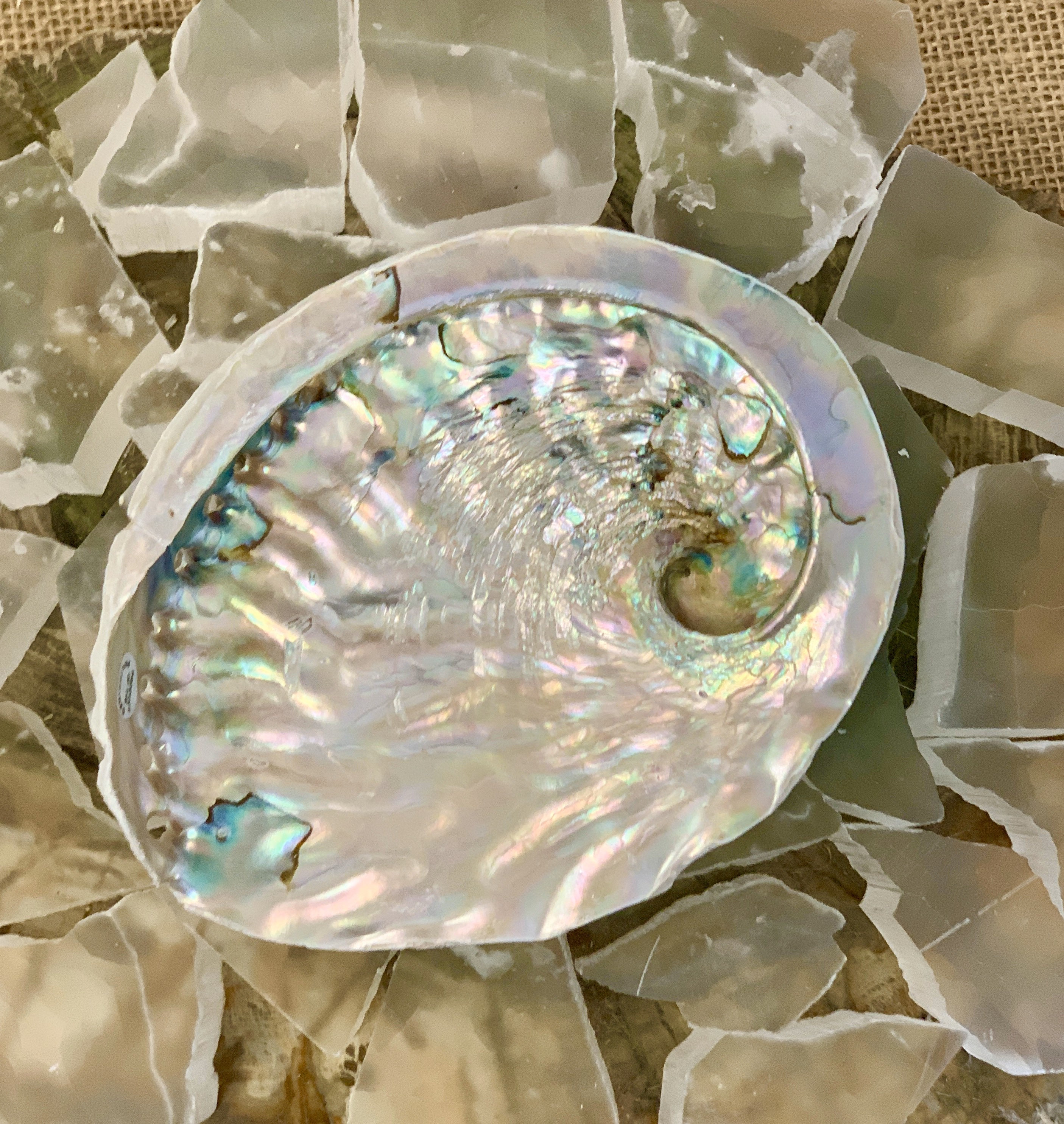 These mother-of-pearl bearing shells have been used in ritual ceremonies for ages. Abalone are a type of mollusk, like clams and oysters, except inside their flat, one-sided, ear-shaped shells, abalone have tentacles and feet. These sea snails cling to rocks near to shore, and are often consumed by other marine species.

Tribes native to the North American west coast used abalone shells as currency. Today in South Africa, abalone is still highly sought after, and their shells, which are known to have an especially colorful iridescence, are very valuable. While the North American west coast and South Africa are the two main sources for abalone, they can also be found along the coasts of New Zealand, Australia and Japan. Abalone shells (known in New Zealand as paua) are often used in smudging rituals, not only because they are practical in that they catch the hot cinders that fall away from the smudging stick after it has burnt, but also because they are a beautiful gift straight from Mother Earth's ocean.
Shipping Costs Policies