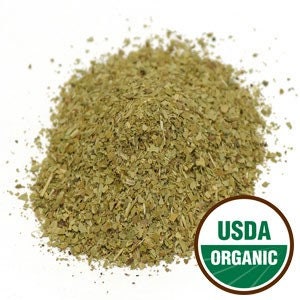 Yerba mate, also known as mate cocido and chá mate to the indigenous peoples of South America, is a shrub that is related to the evergreen plants in the holly family. While the herb has a variety of uses in its native regions, it is primarily used in tea blends and served hot or cold, sometimes with sweetened milk. The herb is also used as flavoring in liquors and other beverages. Yerba mate is the dried leaves and stems of a South American rainforest holly, and is the national beverage of Paraguay. The term mate is a Guarani Indian word for gourd, referring to the hollowed out gourds once used to hold the tea. In traditional use of yerba mate, the tea cup is often shared among close friends and family, all of whom use thee same straw, or bombilla. Sharing the same straw is considered a sign of total acceptance and friendship. Yerba Mate is one of the worlds most effective and healing beverages with over 196 active compounds which shadows the active compounds found in Green tea (Camellia sinensis) which has about 144.

The Yerba mate plant is grown and processed in South America, specifically in northern Argentina, Paraguay, Uruguay and southern Brazil. Seeds used to germinate new plants are harvested from January until April only after they have turned dark purple. After harvest, they are submerged in water in order to eliminate floating non-viable seeds and detritus like twigs, leaves, etc. New plants are started between March and May. For plants established in pots, transplanting takes place April through September. Plants with bare roots are transplanted only during the months of June and July.

Many of the natural enemies of yerba mate are difficult to control in a plantation setting. Some of these are insects include Gyropsylla spegazziniana, an insect that lays eggs in branches, Hedyphates betulinus, an insect that weakens the tree and makes it more susceptible to mold and mildew, "Perigonia lusca", an insect that eats the leaves, and several species of mites. When yerba mate is harvested, the branches are dried sometimes with a wood fire, imparting a smoky flavor. Then the leaves and sometimes the twigs are broken up.

In Magick, Yerba Mate has been in used all types of love potions and rituals. Lore says that it can help attract a new husband or keep your existing husband faithful!

This information is not intended to diagnose, treat, cure, or prevent any disease
Shipping Costs Policies